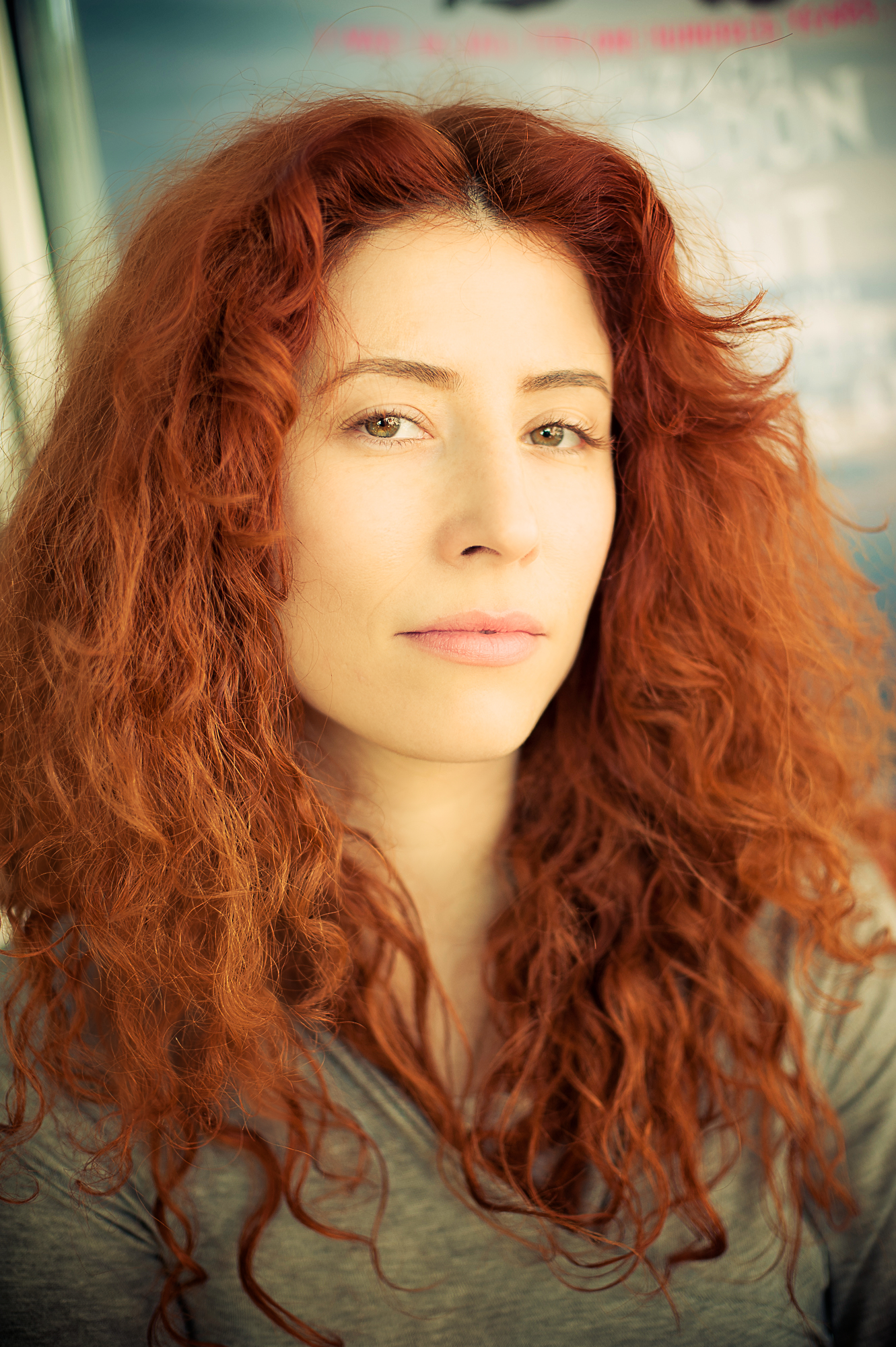 Alma Har’el is a commercial and music video director whose first feature film, the documentary “Bombay Beach”, was named Best Documentary at the 2011 Tribeca Film Festival.

The film focuses on the impoverished but cinematic Southern Californian outpost of the same name, with Har’el giving it some context by aiming her camera, vérité-style, at a few of its denizens, including a hyperactive 7-year-old child (Benny), his family, and CeeJay, an ambitious teenager who escaped the drugs and violence of his Los Angeles home to “make it” here. Har’el also collaborated with her subjects to incorporate dance sequences, giving the film an otherworldly dimension that inexplicably feels right.

Adam Schartoff: Bombay Beach presents a real relationship between people and place. Was that something you were conscious of creating from the start?

Alma Har’el, director of “Bombay Beach”: You know, I talk a lot but I’m really not that cerebral when it comes to making art. What you’re describing wasn’t something I thought about during the process of making the film, but with some distance, yes, it is like that

When I first visited Bombay Beach I was very much drawn to something that I know from being an Israeli, from my own past. I can relate to a place on the outskirts of society where there was once a promise and turned out very violent and disappointing to many people. But it’s a place that you live as a kid that has a history that you will never really comprehend. You might not care, though people will tell you what it used to be like. And then that mythology that sort of gets build up. Benny (one of the film’s primary subjects) touches on this when he talks about having been in jail for 100 years. He might not even know what jail is, perhaps. He’s only seven. He knows his parents were in jail but he says he was in jail. He even describes it, how it has scorpions and there’s nothing to do, no food, no television. That got to me. I was grappling with the same idea about creating a mythology that is, in fact, quite broken. The thing about Bombay Beach was that it was some place that really showed that, and I wouldn’t have to say anything or explain it. You don’t need a narrator to tell you. Every frame tells a story in that place.

Schartoff: There’s definitely the sense that Pamela (Benny’s mother) desperately loves her children, but the family is so poor and so far from a hospital that help for them is tenuous. It’s heartbreaking to see her giving Benny all these medicines for his bipolar disorder, but that’s what she’s told to do.

Har’el: Yes, she has a lot to deal with, trying to control everything. They live with a lot of fear that Child Protective Services might just come and take their kids, because of their past. They had been in prison for child neglect. But even though their lives have changed. They don’t have weapons in the house any more, for one thing. She had her first child when she was 13, never finished school. She had three children by the time she was 18. They are always worried because of Benny’s condition that he will do something and they will be blamed again for neglect.

Schartoff: Tell us about the other subjects we meet in the film. 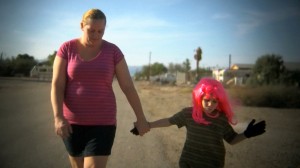 Har’el:It’s funny I have these different characters in the film. One is Benny, who is this young kid who lives among the ruins of the broken American Dream. Then there’s Red, an older man, who’s obviously had this whole other experience of life in America. And then there’s CeeJay, in the middle, who is living the American Dream regardless of the surreal environment he’s in. He leaves Los Angeles to go to Bombay Beach to “make it.” It’s like an 80’s movie — If you work hard you can make it! And then he does make it. He’s the first kid in his family to get to college. He got a full scholarship to Minnesota University. He doesn’t live in Bombay Beach any more, he lives in Minneapolis. I liked the unconventionality, and all the weird components.

Schartoff: How old is Benny now? I was wondering about him and where he has ended up, even after such a short amount of time.

Har’el: Benny is 9 years old now. The best thing I can tell you is that he is off all the medication. We took him to a specialist in Los Angeles. We got some help from a family we met in Tribeca when we showed the film there. He’s reading a lot better, though he has some trouble with writing. He’s getting some after-school tutoring for that. He comes for weekends sometimes. I took him to see the LA Galaxy. We just try and do as many fun things as possible.

Schartoff: Do you think one day you might feel compelled to revisit the subjects of Bombay Beach?a

Har’el: I’m in close touch with them. Included in the DVD’s bonus features is a “Where are they now?” series of shorts, one for each character. I guess that doesn’t count because it’s only been a year…