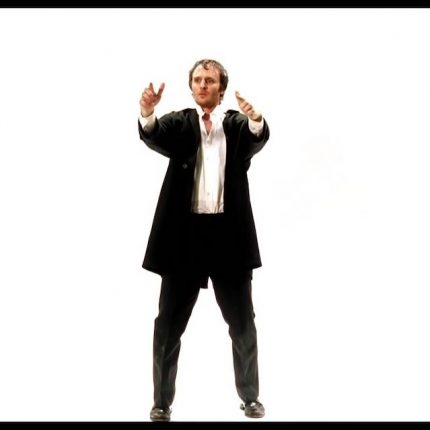 The filmmaker and storyteller Ari Gold returns to Filmwax after a few years to discuss new projects.

The filmmaker and storyteller Ari Gold returns to Filmwax after a few years to discuss new projects.

Returning to Filmwax after a few years, filmmaker/storyteller Ari Gold (“Song of Sway Lake”, “Adventures of Power”). Ari Gold has won over fifty prizes for his films, including best film at SXSW twice, the Student Oscar, and Best Director at the American Cinematheque / ARPA. His films have screened at Sundance, Karlovy-Vary, Rio, and won prizes on every continent except Antarctica. (He is working on that.) Ari’s most unusual distinctions include a High Times Magazine ‘Stoner of the Year’ award, and a Guinness World Record for commanding the largest air-drum ensemble on earth. Ari is in production on his third feature, “Helicopter,” which expands on his student-Oscar-winning short film about his mother’s death, and features legendary director Alejandro Jodorowsky.

His romantic drama “The Song of Sway Lake” played 52 international film festivals, winning Best Feature at over a dozen of these, and features Rory Culkin, Robert Sheehan (“Umbrella Academy”), and Mary Beth Peil. His air-drum cult comedy “Adventures of Power” (“One of the funniest films in recent years” – NY Magazine), with Jane Lynch, Michael McKean, Nick Kroll, and Adrian Grenier, is currently being re-released, with monthly online “watch parties” with rock stars. He has a dozen other film projects in various stages of development.