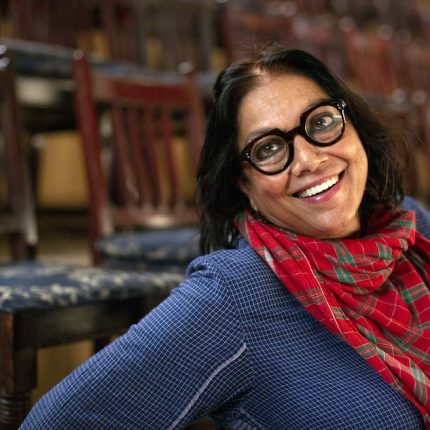 by admin10 months ago

A re-post of my 2017 interview with comedian Gilbert Gottfried who died this past week. And the director Mira Nair visits to discuss a 4K restoration of her 1991 film “Mississippi Masala” which has a theatrical and joins the Criterion Collection.

A re-post of my 2017 interview with comedian Gilbert Gottfried who died this past week. And the director Mira Nair visits to discuss a 4K restoration of her 1991 film “Mississippi Masala” which has a theatrical and joins the Criterion Collection.

The comedian Gilbert Gottfried appeared on Filmwax in the fall of 2017 with his wife Dara and documentary filmmaker Neil Berkeley. The documentary “Gilbet” which Neil had directed and which Dara had co-produced had was just coming out and I was lucky enough to snatch an interview with all 3. Gilbert sadly finally lost his battle with muscular dystrophy this past week. Therefore, I am re-posting this segment for all to hear again. He will be missed.

Making her first appearance on the show, director Mira Nair (“Salaam Bombay”, “The Namesake”). Her 2nd feature, 1991’s “Mississippi Masala” has gotten the 4K restoration and is getting a re-release both theatrically and on the Criterion Collection. The film’s cinematographer, Filmwax friend Ed Lachman, has overseen “every frame” of the restoration according to Ms. Nair. It will screen theatrically at the IFC Center in NYC and at the Nuart in LA as of Friday, April 15th.

From the Criterion website: The vibrant cultures of India, Uganda, and the American South come together in Mira Nair’s “Mississippi Masala”, a luminous look at the complexities of love in the modern melting pot. Years after her Indian family was forced to flee their home in Uganda by the dictatorship of Idi Amin, twenty-something Mina (Sarita Choudhury) spends her days cleaning rooms in an Indian-run motel in Mississippi. When she falls for the charming Black carpet cleaner Demetrius (Denzel Washington), their passionate romance challenges the prejudices of both of their families and exposes the rifts between the region’s Indian and African American communities. Tackling thorny issues of racism, colorism, culture clash, and displacement with bighearted humor and keen insight, Nair serves up a sweet, sexy, and deeply satisfying celebration of love’s power.