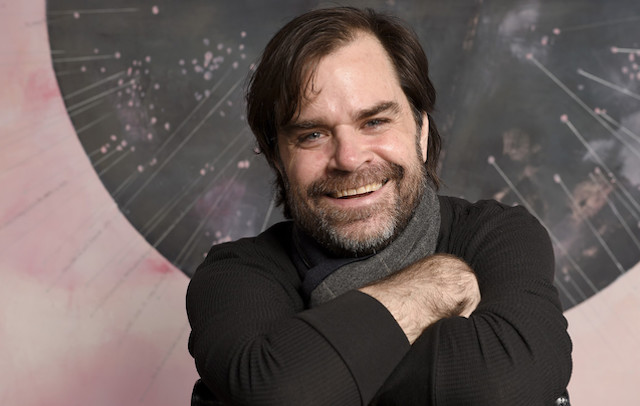 Filmmaker Braden King (“Here”) is the guest. Braden’s new dramatic feature is “The Evening Hour“. Cole Freeman (Philip Ettinger) maintains an uneasy equilibrium in his declining Appalachian mining town, looking after the old and infirm in the community while selling their excess painkillers to local addicts to help make ends meet. But when his old friend, Terry Rose (Cosmo Jarvis), returns with dangerous plans that threaten the fragile balance Cole has crafted, his world and identity are thrown into disarray. The film opens at NYC’s IFC Center on Friday, July 30th and expands nationally beginning August 6th.

Editor Michael Taylor, A.C.E. returns for his 4th visit to the podcast. His most recent project is “Nine Days” which opens on Friday, July 30th. Will (Winston Duke) spends his days in a remote outpost watching the live Point of View on TV’s of people going about their lives, until one subject perishes, leaving a vacancy for a new life on earth. Soon, several candidates — unborn souls — arrive at Will’s to undergo tests determining their fitness, facing oblivion when they are deemed unsuitable. The director, Edson Oda, will be an upcoming guest on the show.