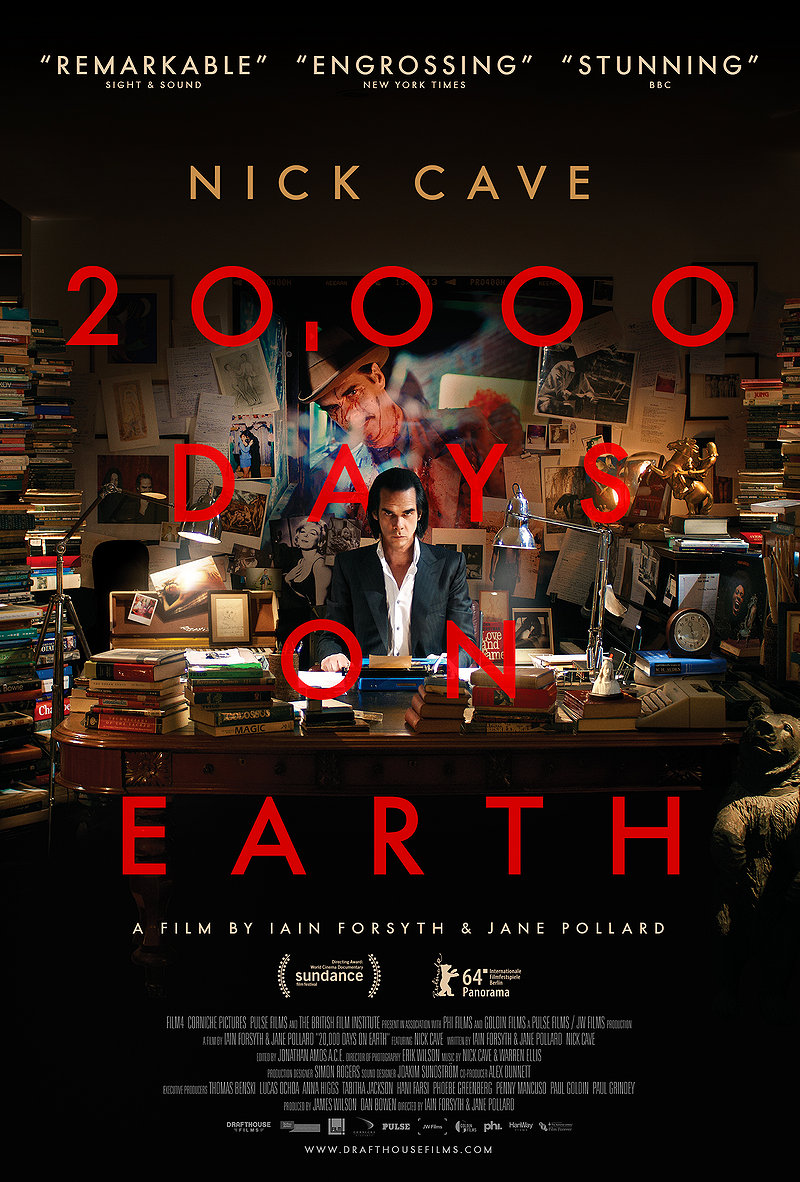 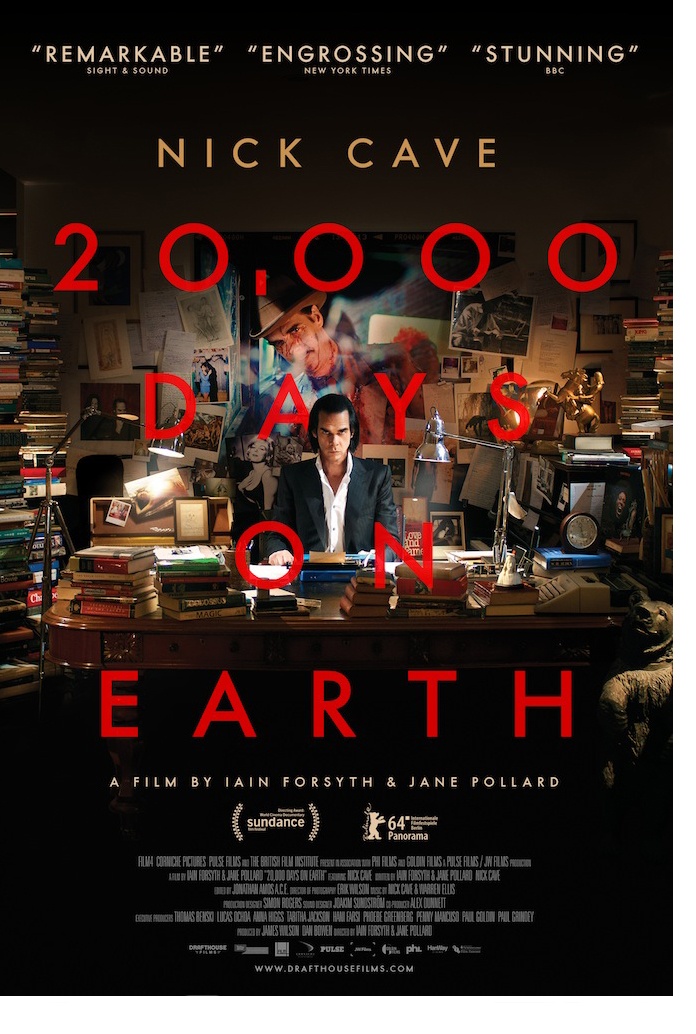 At age 56 (he’ll turn 57 this Monday), Australian musician, screenwriter and novelist Nick Cave has been alive more than “20,000 Days on Earth“, which is also the title of Iain Forsyth’s and Jane Pollard’s immersive, subject-participatory film about the life and work of the multi-talented artist. Forsyth and Pollard are UK visual artists who have previously made videos and audio books with Cave and began their careers doing some very innovative re-staging of musical performances. There are exciting performance sequences in the doc but most of it is taken up with Cave talking about his life, sometimes directly, and other times employing various conceits: questioned by a therapist (not his own in real life), or chatting with celebrity friends (Kylie Minogue, Ray Winston) as they ride with him in his Jaguar. (Yes, he’s not an impoverished artist these days.) When it comes to record-keeping, Cave is refreshingly old-school, typing away on a manual typewriter and perusing old diaries (his junkie days, the dreadful ‘80s), and the accretion of these primary sources gives the film a rich texture. Cave rehearses songs with his band mate Warren Ellis and these sequences will be a boon for fans interested in instrumentation and process. (Ellis uses the popular mini-Korg to accompany Cave as he plays piano.) Even if you’ve never heard of Cave, as long as you’re interested in the creative process or what it’s like to be an artist on the far side of his 50s, this film could very well cast a spell on you. It’s one of the best films about a musician I’ve ever seen.