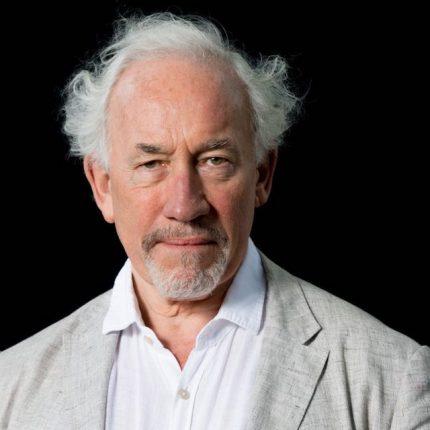 Actor, & author Simon Callow (“Four Weddings & A Funeral”) stops by to discuss “The Pay Day” in which he is amongst the cast members. Callow is a classically trained actor from the English stage but has successfully avoided being stuff and overly erudite. He’s had roles in countless films including “Howard’s End” and “Shakespeare in Love”. He is also a renown author including well received biographies of Charles Laughton and Orson Welles. SYNOPSIS: Set in a post-pandemic world, “The Pay Day” follows a broke and frustrated IT technician (Kyla Frye) who is charged by a crime boss (Simon Callow) to embark on a one-woman heist to steal valuable data worth millions on the black market. As if the dangerous pitfalls of her mission weren’t enough, the sting gets more complicated when a charming con artist (Sam Benjamin) interrupts her mission attempting to swipe the loot for himself.

Danny Tedesco, son of the famous guitar player Tommy Tedesco, made the documentary “The Wrecking Crew” back in 2008. That film was about the famous group of L.A. session musicians who played on innumerable albums back in the 1960’s and early 70’s. Tedesco is back with a follow-up documentary about the next generation of L.A. session musicians who came up in the 70’s and continue through the current day. That group includes guitarists Danny Kortchmar and Waddy Wachtel, drummer Russ Kunkel, and guest, bassist Leland Sklar. They’ve backed up countless singer-songwriters & other musicians including James Taylor, Carole King, Don Henley, Jackson Browne, Warren Zevon, et al. More recently the session musicians have created their own side project band called the Immediate Family. And now Tedesco has made a film about them called “Immediate Family” which is currently in the festival circuit. Its next set of screenings begins Tuesday, November 15th at DOC NYC in New York City. The guests on this episode include Tedesco and bassist Sklar.