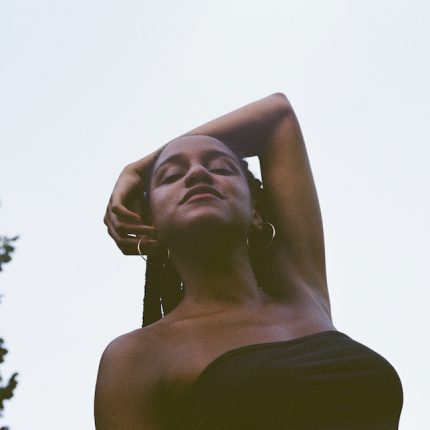 The experimental filmmaker Lynne Sachs returns to Fimwax to discuss her latest work, “Swerve” which screens at BAMcinemaFest this month. She’s joined by poet Paolo Javier. And the director of a new intimate & experimental documentary called “Beba”, Rebeca Huntt makes her first appearance.

The experimental filmmaker Lynne Sachs returns to Fimwax to discuss her latest work, “Swerve” which screens at BAMcinemaFest this month. She’s joined by poet Paolo Javier. And the director of a new intimate & experimental documentary called “Beba”, Rebeca Huntt makes her first appearance.

Experimental filmmaker Lynne Sachs makes her 5th appearance on Filmwax with her latest short work of non-fiction, “Swerve”. She’s joined by former Queens Poet Laureate Paolo Javier who leant his poetry to the film. A food market and playground in Queens, NY becomes the site for this film inspired by Paolo Javier’s Original Brown Boy poems. The film itself transforms into an ars poetica/cinematica—a meditation on writing and making images in the liminal space between a global pandemic and what might come next—as five New York City performers speak in verse while wandering through food stalls in search of a new sensation.  “Swerve” gets its festival premiere at BAMcinemaFest on Sunday, June 26th, at BAM in Brooklyn.

Filmmaker Rebeca Huntt makes her first appearance on Filmwax with her first feature film, “Beba” —also quite experimental in its approach— which is currently screening at the Tribeca Film Festival and will be having its theatrical in NYC & LA beginning Friday, June 24th. With “Beba”, Huntt undertakes an unflinching exploration of her own identity in the remarkable coming-of-age documentary/cinematic memoir BEBA. Reflecting on her childhood an adolescence in New York City as the daughter of a Dominican father and Venezuelan mother, Huntt investigates the historical, societal, and generational trauma she’s inherited and ponders how those ancient wounds have shaped her, while simultaneously considering the universal truths that connect us all as humans. Throughout BEBA, Huntt searches for a way to forge her own creative path amid a landscape of intense racial and political unrest. Poetic, powerful and profound, BEBA is a courageous, deeply human self-portrait of an Afro-Latina artist hungry for knowledge and yearning for connection.