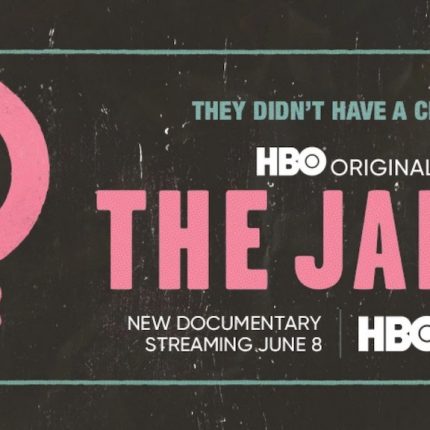 04:24Jump to Jesse Trussell segment 25:15Jump to THE JANES segment

Senior Film Programmer for BAMcinemaFest, Jesse Trussell, is my first guest. We discuss the 2022 edition of BAMcinemaFest which runs from June 23rd through the 30th. Visit the BAM website to find out details about films and for tickets. Launched in 2009 as a showcase for new independent films, the annual festival is an extension of BAM’s year-round film program, collecting the most innovative new work from festivals in the US and around the world and bringing them to New York City audiences. This year’s festival features blazingly personal works by filmmakers who have defied industry odds to realize their singular visions. Overflowing with funny, moving, challenging, and thought-provoking discoveries from the cutting edge of independent film, BAMcinemaFest is a celebration of all that movies can be when bold, uncompromising artists are empowered to tell their own stories.

The co-directors of a new abortion-rights documentary, Emma Pildes and a returning Tia Lessin, with “The Janes“. In the spring of 1972, police raided an apartment on the South Side of Chicago where seven women who were part of a clandestine network were arrested and charged. Using code names, fronts, and safe houses to protect themselves and their work, the accused had built an underground service for women seeking safe, affordable, illegal abortions. They called themselves “Jane.” Directed by Oscar-nominee Tia Lessin (HBO’s “Trouble the Water”) and Emmy-nominee Emma Pildes (HBO’s “Jane Fonda in Five Acts“), The Janes offers first-hand accounts from the women at the center of the group, many speaking on the record for the first time.