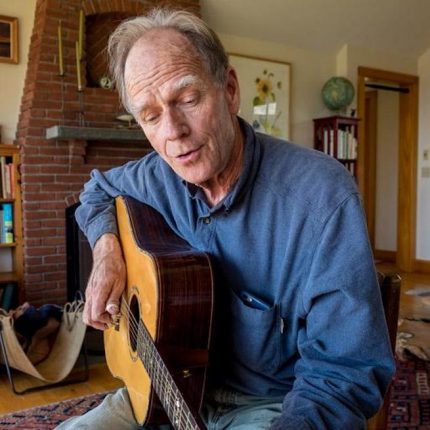 The filmmaker Keith Maitland (“Tower”) returns to Filmwax with his latest film “Dear Mr. Brody” which is currently in theaters & on VOD. And singer-songwriter Livingston Taylor makes his first appearance.

The filmmaker Keith Maitland (“Tower”) returns to Filmwax with his latest film “Dear Mr. Brody” which is currently in theaters & on VOD. And singer-songwriter Livingston Taylor makes his first appearance.

The filmmaker Keith Maitland (“Tower”) returns to the show after 6 years. His new film, “Dear Mr. Brody” is currently in theaters in NY & LA and available on VOD. When 21-year-old hippie-millionaire Michael Brody Jr. decided to give away his $25-million fortune to anyone in need, he ignited a psychedelic spiral of events. Instant celebrities, Brody and his wife Renee, were mobbed by the public, scrutinized by the press, and overwhelmed by the crush of personal letters responding to his extraordinary offer. Fifty years later, an enormous cache of these letters are discovered—unopened. In this riveting follow-up to 2016’s “Tower”, award-winning director Keith Maitland reveals the incredible story of Michael Brody Jr.—and the countless struggling Americans who sought his help—to create a deeply moving meditation on desire, need, philanthropy, and love.

Singer-songwriter/teacher/philosopher Livingston Taylor makes his debut on Filmwax. Taylor’s 50th year of making music was celebrated by Boston Mayor Marty Walsh and Massachusetts Governor Charlie Baker, both declaring January 18, 2017 “Livingston Taylor Day”.  He picked up his first guitar at the age of 13, which began a 50+ year career that has encompassed performance, songwriting, and teaching. Born in Boston and raised in North Carolina, Livingston is the fourth child in a very musical family that includes Alex, James, Kate, and Hugh. Livingston recorded his first record at the age of 18 and has continued to create well crafted, introspective, and original songs that have earned him listeners worldwide.