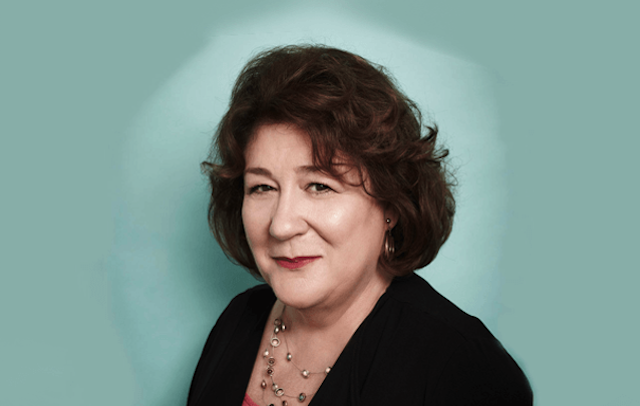 Actor Margo Martindale (“The Americans”) returns to the podcast to discuss her latest film, “Uncle Frank” directed by Alan Ball, which is currently streaming on Amazon Prime. In 1973, teenaged Beth Bledsoe (Sophia Lillis) leaves her rural Southern hometown to study at New York University where her beloved Uncle Frank (Paul Bettany) is a revered literature professor. She soon discovers that Frank is gay, and living with his longtime partner Walid ‘Wally’ Nadeem (Peter Macdissi) — an arrangement that he has kept secret for years. After the sudden death of Frank’s father — Beth’s grandfather — Frank is forced to reluctantly return home for the funeral with Beth in tow, and to finally face a long-buried trauma that he has spent his entire adult life running away from.

Sean Durkin (“Martha Marcy May Marlene”) makes his first appearance on the podcast. He is back with a new dramatic feature film called “The Nest” which stars Jude Law and Carrie Coon, and which is currently available on streaming platforms. Rory (Law), an ambitious entrepreneur and former commodities broker, persuades his American wife, Allison (Coon), and their children to leave the comforts of suburban America and return to his native England during the 1980s. Sensing opportunity, Rory rejoins his former firm and leases a centuries-old country manor, with grounds for Allison’s horses and plans to build a stable. Soon the promise of a lucrative new beginning starts to unravel, and the couple has to face the unwelcome truths lying beneath the surface of their marriage.