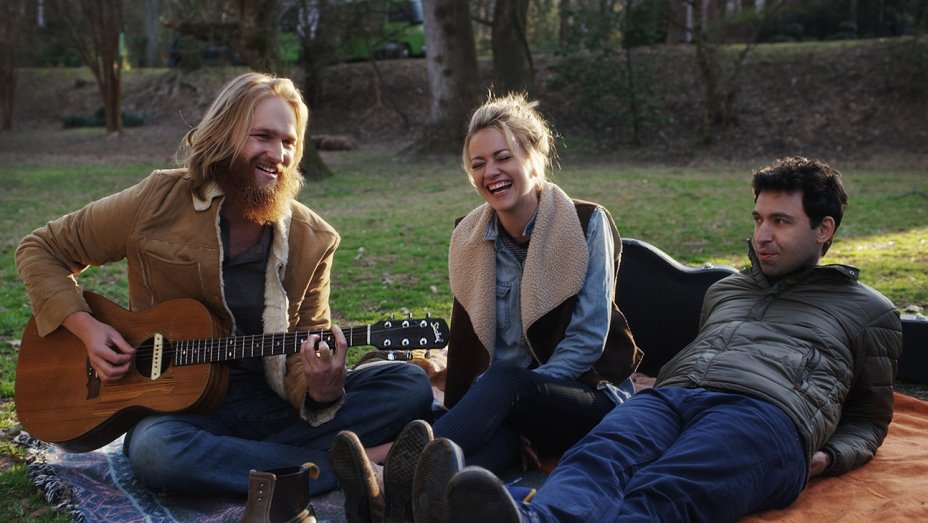 With its bifurcated title, “Folk Hero & Funny Guy” —the new film from “It’s a Disaster” director Jeff Grace— makes a clear mission statement of comparing and contrasting a pair of individuals before the audience has seen a frame. Grace follows down-on-his-luck comedian Paul (Alex Karpovsky) as he joins childhood friend and famous musician Jason (Wyatt Russell) on a small club tour of the east coast. Shortly before Jason convinces Paul to join him on the road, a split screen shot shows the beginnings of each of their days. While Scott trudges through a work day as a temp, Black stays in bed —sleeping and otherwise— with a ladyfriend. Their vastly different routines prepare the viewer in a purely visual manner for the conflicts to come.

As a dual character study, the film hinges on its ability to convey a clear sense of who these individuals are. Karpovsky’s portrayal of Paul is reminiscent of his many excellent turns as misunderstood misfits, but he gets very little room to flesh out the character when Grace’s screenplay attempts, for instance, to define the comedian’s latent talent for advertising by having a character flat-out say, “They gave you awards!” Although he wields a version of the affable West coast charm that was his father Kurt’s calling card in the 1980s, Russell is likewise given little raw material to form a believable character, playing Jason as a partier with a fear of commitment that has been seen in countless films before.

Karpovsky and Russell shine, though, in selling the titular duo’s friendship. Their banter flows as if unrehearsed, and their physical comedy–on display when Jason chases Paul through the woods as he takes an important phone call–reveals the intimacy of two long time friends who know each other’s behaviors and habits. “Folk Hero & Funny Guy” would be much more enjoyable if the screenplay could also show this understanding of its characters