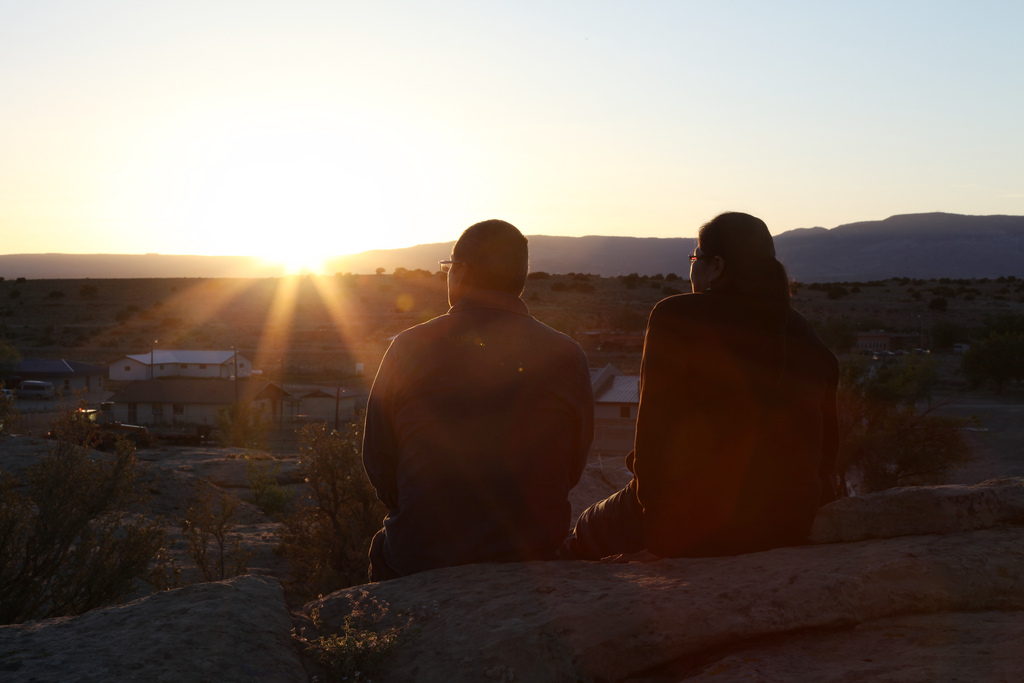 Native American author —he prefers to be called an American Indian— Sherman Alexie was on the Leonard Lopate Show the other day talking about his new book, Blasphemy, and he said he thinks the U.S. still practices colonialism in respect to American Indians. “When you lose centuries of tradition,” Alexie said, “you’re in incredible existential pain.” Yet another source of pain for one tribe, the Navajo, and its connection to the genocide of the American Indians is powerfully revealed in the documentary Sun Kissed, airing this Thursday (Oct. 18) on POV at 10pm.

“Sun Kissed” tells the story of Dorey and Yolanda Nez, a Navajo couple living on a reservation in New Mexico. Both of their children were born with Xeroderma Pigmentosum —or XP— a genetic disorder that makes exposure to sunlight fatal. The disease is so rare it only occurs one in a million in the general population. Their son passed away at age 11 and when the film begins Dorey is the full-time caretaker of his 16-year-old daughter Leanndra, who is paralyzed by the neurological degeneration that can also be caused by XP. 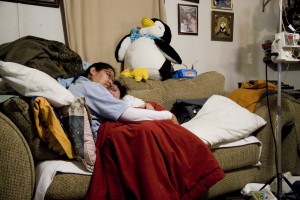 Because of Navajo taboos on discussing illness and disease, for years Dorey and Yolanda thought they were the only family on their reservation who had children with XP. Their elders gave them explanations from traditional medicine: because they married within their clan, or because Dorey killed red ants when he was a child. When Dorey’s wife, Yolanda, an advocate for Native Americans with disabilities, meets other Navajos whose children were stricken by the disease she decides to find out why it is so common within their tribe. She finds out that the rate of XP occurrence for members of the Navajo Reservation is much less than the general population, only one in 30,000. When she seeks out historians and scientists to explain why this is she learns that it is related to the the 1864 relocation of the Navajo by the U.S. military (also known as “The Long Walk”), a tragic event that even now many Navajos are hesitant to discuss.

Co-directors Maya Stark and Adi Lavy spent three years making this documentary, working hard to gain the trust of the Navajo community. In their director’s statement they say it was important for them “to create a visual style and pacing for the film that would reflect the Navajo way of life, particularly the role of nature as a constant character in dialogue with Native people’s lives.” And this they do, but not without suggesting the ironies of people living in cramped trailers amidst the beautiful desert landscape, some of whom have children who cannot enjoy the beautiful New Mexico skies.

When the inevitable happens, Dorey’s painful ruminations (“Why don’t we cry when a flower dies?”) make for a heartbreaking scene. Some —even some Navajo— may shake their heads at this powerful expose. What can you do about a tragedy whose causes can be traced back to ethnic cleansing that started 150 years ago? You can learn about it. You can advocate for the type of government that won’t let things like this happen again. You can push for increased reparations for American Indians. You can learn about the history and culture of American Indians and teach your children and friends about it. You can contribute money to XP research. And you can watch this important documentary.

“Sun Kissed” will have its broadcast premiere tonight, 10PM ET on the PBS serieis, POV.  Check your local listings for details.  For more information, check the POV website.