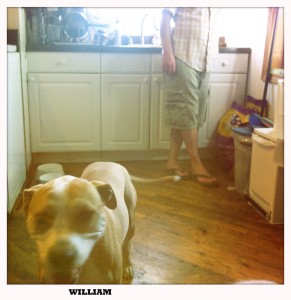 Keith Miller is excited about his new indie feature, “Welcome to Pine Hill”  screening outdoors in Fort Greene Park this Thursday.  Just how will it play under the stars?  It’s not an action movie or a romantic comedy.  Well, maybe kind of a bromance.  “Welcome to Pine Hill”, which has been getting raves and awards ever since its debut at this year’s Slamdance Film Festival where it won the Grand Jury Prize, concerns a young man named Shannon Harper played by Brooklyn native, non-actor Shannon Harper.  [Editor’s note: I harbor no ill will because Shannon, who was supposed to be interviewed for this piece, was a no-show.]  I won’t give away too much of the plot, I can only say that the movie has a most memorable opening which just happens to be based on a real life incident that occurred just outside filmmaker Miller’s apartment building in South Slope.

Miller, an unassuming white guy, was walking his dog, William, when he was stopped by a large young black man.  The larger of the two turned out to be Shannon Harper who identified William as his own lost dog, Prince.  When Miller told Harper that he rescued the dog —then a four month pit bull pup— off the street and attempted to find its owner, the two men started the process of navigating the breaches that existed between them.  The experience was initially difficult and triggered complex feelings about class and race in Miller, a Long Island native.  But his perseverance would pay off and would inspire him to make a short film based on their shared experience, which he would call “Prince/William.”  Miller made the inspired choice to cast Harper as… well, himself.  The short was accepted into the  2010 season of Rooftop Films where it would be screened at Fort Greene Park.  The success of the short was enough for Miller to expand his short into a feature length film.  Another residual result for the two men was friendship.

Miller has been heard expressing his admiration of Harper’s ability as an actor.  But it’s clear after seeing the two at a couple of early screenings that Shannon trusted his director which might have contributed to the strength of his performance. 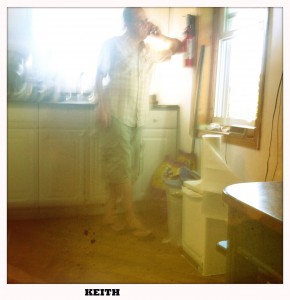 I first met Miller some months ago when a friend of mine, Nick Shimkin who co-founded the Kings County Cinema Society, introduced  the trailer at one of his screening events at Freddy’s (a bar that is around the corner from where Miller and Shannon first met).  The filmmaker was in the midst of a Kickstarter campaign for “Pine Hill” and Shimkin wanted to help.  Living only blocks away, I stopped by and watched the trailer.  Immediately I was intrigued.  The movie feels like a hybrid narrative/documentary, and indeed, that’s what it is.

Miller moved to Park Slope in August 2011 just days before 9/11.   He remembers the day pretty vividly.  He was not in NYC that day, but at his then teaching gig at SUNY Purchase.  He had only recently got his MFA and this job was his first stand-alone academic job (he currently teaches art and film at Gallatin College at NYU).  That day he turned on the TV so the class could watch the day unfold.  “All these kids looked at me and asked, ‘Professor, what’s going to happen?'”  Miller shrugs since words still can’t really convey much of an answer 11 years later.

“Welcome to Pine Hill” was made in collaboration with the Brooklyn Filmmakers Collective, self described as a community of professional filmmakers dedicated to innovative filmmaking.  “Welcome to Pine Hill” definitely falls into that category.  The film might be considered controversial to some but one thing in particular Miller expressed enthusiasm about regarding the Fort Greene screening is that entire families will be able to come and see it.  There are some intense moments in the film, to be sure.  Characters deal with alcoholism and illness, but the clear overriding message is that even if faced with enormous challenges, one can still choose life.

“Welcome to Pine Hill” was written, directed and edited by Keith Miller.  The movie was shot by Alex Mallis and produced by Liz Holm.