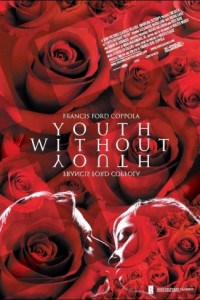 When it comes to judging the works of our beloved directors, we tend to give them a lot of slack. After all, we are looking at a body of work, not just a blip in a career that is all but iconic. Sitting through Stanley Kubrick’s “Eyes Wide Shut” back in 1999 was a painful experience for so many of us fans because the legendary filmmaker only put out like one film every 10 years. On top of that, it turned out to be his last, which only added salt to the wound. The truth is, after experiencing movies as flawless as “Lolita” or “Dr. Strangelove”, the bar had been raised so spectacularly high that it really had become impossible for the filmmaker to reach the same standards he was responsible for creating. So the sinking feeling came over us because we knew we were watching an utter disaster. Oh sure, we became apologists and gave the movie every benefit of the doubt, but we knew that had any other filmmaker made this same movie we would have dismissed it as hack work or, at best, the stuff of self indulgence. The same experience might have occurred sitting through any of Scorsese’s movies since Casino.

Now comes Francis Ford Coppola’s “Youth Without Youth”, a big gorgeous mess of a movie. One ought to applaud Coppola for producing something experimental at this stage of his career. He could just as easily have put out “Godfather IV” but didn’t. Honestly, it might have been a far better move, strategically speaking. “GF4” would have made a mint and then he could have afforded to follow up with a commercial flop or two. But “Youth Without Youth”, an independent film which was largely financed by Coppola himself, will not help build any momentum for this new chapter in his career if that is, indeed, where he is at. The last movie he directed was a Grisham adaptation, “The Rainmaker”, back in 1997. The movie, a Hollywood vehicle, did well enough at the box office, but consider the fact that his daughter Sofia has put out “The Virgin Suicides”, “Lost in Translation”, and” Marie Antoinette” since then. Coppola, in addition to becoming a major winemaker, has used the intervening time to produce all three of his daughter’s films as well as assorted others but has not directed anything until now.

“Youth Without Youth” doesn’t belong in the company of the “Godfather” movies, “Apocalypses Now”, or even “Peggy Sue Got Married”, but more so in the company of “Rumble Fish”, “The Outsiders”, and “One from the Heart”, experimental misses whose faults were largely forgiven by the critical factions and Coppola’s fans. Unfortunately, in the case of “Youth”, what we have is something way too busy and often incoherent.

In the 1930s, an elderly Romanian linguistics professor, Dominic Matei (Tim Roth), lives alone with little more than his memories of a lost love. We learn through flashbacks that a beautiful young woman, Laura (Alexandra Maria Lara), was the love of his life and ended up marrying someone else. Still haunted by his love for her, the professor, now in his seventies, finally decides to end his life. His plans are dashed when he is struck by lightening. Waking up in a hospital under the care of Dr. Stanciulescu (the always wonderful Bruno Ganz), his recovery is that much more remarkable by the fact that his age has reverted to somewhere roughly in his mid-thirties.

Dr. Stanciulescu, a progressive scientist, decides to make Matei his pet subject, and a bond forms between the two men. Unfortunately, the doctor’s published writing also brings unwanted attention from the Nazis. Wisely, Matei moves to neutral Switzerland and soon meets a woman who may or may not be his long lost love and who happens to be a young babe herself. Has the universe brought these two lovers together again? Is theirs a case of bashert? Some of the most curious moments of the film deal with the new Laura channeling various personae from eras past. Seemingly possessed, she becomes feverish and speaks in ancient tongues, which, conveniently, her lover is able to interpret. But sadly, she begins aging at an alarming pace, and Matei assumes it is his presence in her life that is causing this bizarre malady.

What Coppola is trying to say with his new film isn’t clear, and perhaps he just doesn’t feel the need to spell things out. According to the director, he felt immediately inspired to adapt the novella after he was introduced to it. If the film is taken at face value, a curiosity, and not the product of a living legend, it might be embraced. The likelihood though is that it will leave most of his audience a bit perplexed, a bit disappointed, and wanting to be made an offer they can’t refuse.