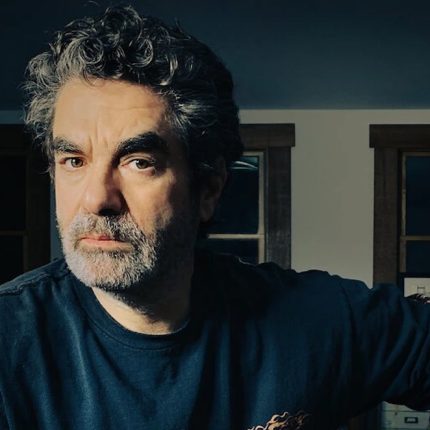 The Woodstock Film Festival will be presenting a 30th anniversary screening of the seminal documentary “Brothers Keeper” co-directed by Joe Berlinger. He’s on the podcast to discuss. Also, co0founder and Executive Director of the festival, Meira Blaustein, makes her return.

The Woodstock Film Festival will be presenting a 30th anniversary screening of the seminal documentary “Brothers Keeper” co-directed by Joe Berlinger. He’s on the podcast to discuss. Also, co0founder and Executive Director of the festival, Meira Blaustein, makes her return.

Co-founder and Executive Director of the Woodstock Film Festival, Meira Blaustein, returns for her 5th visit to Filmwax. The festival runs from September 28 through October 2nd in Woodstock, Kingston, Saugerties and Rosendale, NY. There are myriad narrative features, documentary features, short films, music events, panels and parties. Visit the Woodstock Film Festival website for more information and to purchase tickets.

Joe Berlinger (“Paradise Lost Trilogy”, “Under African Skies”) returns for his 4th visit to Filmwax. This documentary filmmaker is really busy these days. He has a a new series which just dropped on the Peacock platform called “Shadowland”. Inspired by reporting in The Atlantic magazine, award-winning filmmaker Joe Berlinger sends documentary teams across America to embed with subjects who have rejected mainstream narratives, including the shocking real-time stories of a beloved rural Pennsylvania pizza shop owner facing twenty years in prison for her role in the January 6th riots, an anti-vaccine activist pushing a dangerous fake cure for Covid-19, and a mother divorcing her husband because she fears his beliefs put their children’s lives in danger. From this intimate viewpoint, “Shadowland”, a deeply immersive six-part docu-series, reveals how conspiracy theories have moved from the margins to the mainstream, exploring how people come to their beliefs, and what makes these theories so alluring. The series is a shocking wake up call about the dangerous influence of conspiracy thinking on the functioning of our democracy, as families, friends, and the nation are increasingly being torn apart.