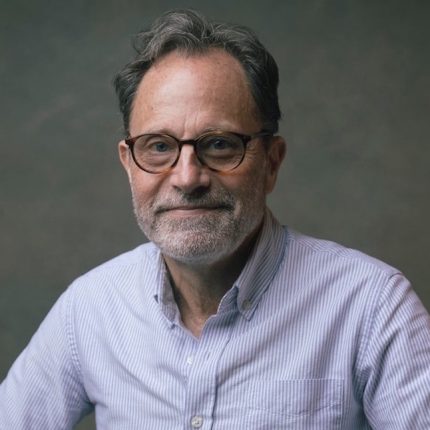 Filmmaker/distributor/producer Ira Deutchman returns to Filmwax to discuss his latest documentary “Searching for Mr. Rugoff” about indie pioneer distributor/exhbitor Donald Rugoff. And filmmaker Lisa Hepner discusses making her documentary “The Human Trial” about the search for a blue for diabetes and her own experience as a survivor of the disease.

Filmmaker/distributor/producer Ira Deutchman returns to Filmwax to discuss his latest documentary “Searching for Mr. Rugoff” about indie pioneer distributor/exhbitor Donald Rugoff. And filmmaker Lisa Hepner discusses making her documentary “The Human Trial” about the search for a blue for diabetes and her own experience as a survivor of the disease.

Filmmaker/distributor/producer Ira Deutchman returns to Filmwax to discuss the recent documentary he directed and produced: “Searching for Mr. Rugoff“. Ira’s feature documentary is the story of Donald Rugoff, who was the crazy genius behind Cinema 5, the mid-century theater chain and film distribution company. Rugoff was a difficult (some would say impossible) person but was also the man who kicked art films into the mainstream with outrageous marketing schemes and pure bluster. Rugoff’s impact on cinema culture in the United States is inestimable, and his influence on the art film business—from the studio classics divisions to the independent film movement to the rise of the Weinsteins—is undeniable. Yet, mysteriously, Rugoff has become a virtually forgotten figure. The story is told through the eyes of former employee Ira Deutchman, who sets out to find the truth about the man who had such a major impact on his life, and to understand how such an important figure could have disappeared so completely. The film is currently available to own or rent on Blu-ray, DVD or on various TVOD platforms.

Lisa Hepner is half of the filmmaking team —along with husband Guy Mossman— behind the new documentary “The Human Trial“. In 2011, Lisa Hepner and Guy Mossman heard about a radical stem cell treatment for diabetes, a disease that shockingly kills more than five million people each year. Driven by a desire to cure Lisa of her own type 1 diabetes, the filmmakers were given unprecedented, real-time access to a clinical trial — only the sixth-ever embryonic stem cell trial in the world. What follows is an intimate journey with the patients and scientists who put themselves on the line to be first. “The Human Trial” peels back the headlines to show the sweat, passion and sacrifice poured into every medical breakthrough. It interweaves the stories of the patients — who have borne the physical and financial burdens of type 1 diabetes (T1D) — with the researchers who epitomize the struggle of innovating cures. Director Lisa Hepner — whose own T1D fuels her search for a cure — becomes the bridge between these two worlds, The narrative arc is the clinical trial itself.  The film is currently in select theaters and available on various Watch Now @ Home virtual theaters.