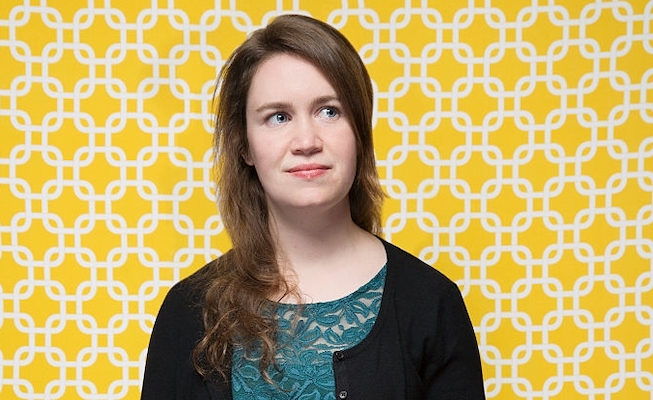 Dispatches from the 10th DOC NYC includes returning friend of the podcast filmmaker Martha Shane (“After Tiller”) with her new film “Narrowsburg” and first time guest, the Belgian filmmaker Kristof Bilsen with his moving new documentary “Mother”. Visit DOCNYC.net for tickets and details.

Dispatches from the 10th DOC NYC includes returning friend of the podcast filmmaker Martha Shane (“After Tiller”) with her new film “Narrowsburg” and first time guest, the Belgian filmmaker Kristof Bilsen with his moving new documentary “Mother”. Visit DOCNYC.net for tickets and details.

Dispatches from the 10th DOC NYC begins with this episode. Our first segment is with the filmmaker and returning guest of the podcast, Martha Shane (“After Tiller”). Martha has a new documentary, which recently had its world premiere at the Camden International Film Festival, called “Narrowsburg“. Small town Narrowsburg, NY was poised to become the ‘Sundance of the East’ or so Jocelyne and Richard Castellano would have local residents believe. The organizers of the Narrowsburg Film Festival—a glamorous French film producer and her mafioso-turned-actor husband—promise to revitalize the town through film. As the duo secures local investment in a feature film production and convinces locals they can become stars, the stage is set for a stranger-than-fiction tale of Hollywood dreams, deceit and delusions. The film, which is co-presented by Film Fatales, will have its screening on Sunday, November 10th at 4:20 PM at the SVA Theater on W. 23rd Street. Expected to attend are Martha, producer Beck Kitsis, co-producer Dan Nuxoll, executive producer Alexandra Cadena, executive producer Jose Cadena, editor Chris McNabb, Frederick Shanahan, cinematographer Jarred Alterman, composer Nathan Michel, subjects Zac Stuart-Pontier, Brian Vincent, Isil Bagdadi-Sergio, John Marchese, Paul Borghese.

Also, first time guest, Belgian documentary filmmaker Kristof Bilsen has a moving new film called “Mother” which will enjoy its NYC premiere at this year’s DOC NYC. In Thailand, Pomm serves as a caregiver to elderly Europeans with Alzheimer’s disease, sent abroad to take advantage of relatively low-cost health care. Separated from her own children as she supports them financially from afar, Pomm builds a powerful connection with new patient, Maya. This nuanced portrait of love, family obligation and sacrifice collectively challenges the notion of motherhood. If you cannot remember your children, or see your family, are you still Mom? The film will have two screenings; the first is on Friday, November 8th at 10:30 AM at Cinepolis Chelsea. The second screening is on Saturday, November 9th at 3:00 PM at Cinepolis. Expected to attend are Director Kristof Bilsen and executive producer Kirsten Johnson.