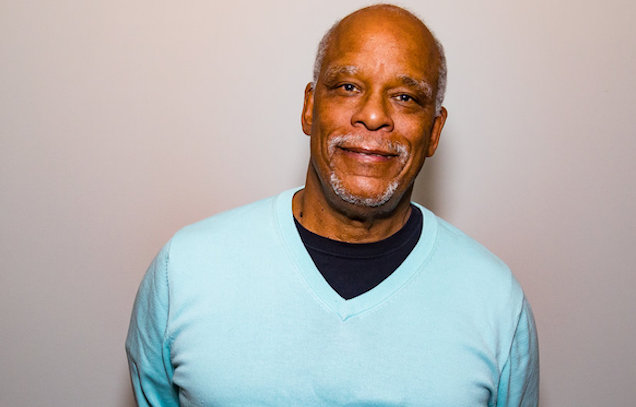 Stanley Nelson (“Black Panther: Vanguard of the Revolution”) returns for his three-peat. He’s got a terrific new documentary called “Miles Davis: Birth of the Cool” which begins a theatrical at Film Forum on 8/23; also the actor Adrian Martinez discusses his new projects including the upcoming ABC series “Stumptown” and Disney’s live action “Lady and the Tramp”.

Stanley Nelson (“Black Panther: Vanguard of the Revolution”) returns for his three-peat. He’s got a terrific new documentary called “Miles Davis: Birth of the Cool” which begins a theatrical at Film Forum on 8/23; also the actor Adrian Martinez discusses his new projects including the upcoming ABC series “Stumptown” and Disney’s live action “Lady and the Tramp”.

Filmmaker Stanley Nelson returns for his third appearance on the podcast. He was formerly on Episode 311 with “Black Panthers: Vanguard of the Revolution” (2015) and on Episode 411 with “Tell Them We Are Rising: The Story of Historically Black Colleges and Universities” (2017). I’m thrilled to bring Stanley back on to discuss his latest documentary, “Miles Davis: Birth of the Cool” which premiered at Sundance and will have a theatrical engagement at NYC’s Film Forum beginning Friday, August 23rd.

This from the Film Forum website: Miles Davis: horn player, bandleader, innovator. Elegant, intellectual, vain. Callous, conflicted, controversial. Magnificent, mercurial. Genius. The very embodiment of cool. The man with a sound so beautiful it could break your heart. The central theme of Miles Davis’s life was his restless determination to break boundaries and live life on his own terms. It made him a star. For the people who loved him most, it also made him incredibly difficult to live with. Again and again, in music and in life, Miles broke with convention—and when he thought his work came to represent a new convention, he changed it again. Miles’s bold disregard for tradition, his clarity of vision, his relentless drive, and constant thirst for new experiences made him an inspiring collaborator to fellow musicians and a cultural icon to generations of listeners. It made him an innovator in music—from bebop to “cool jazz,” modern quintets, orchestral music, jazz fusion, rock ’n’ roll, and even hip-hop.Featuring never-before-seen archival footage, studio outtakes, and rare photos, “Miles Davis: Birth of the Cool” tells the story of a truly singular talent and unpacks the man behind the horn.

Actor Adrian Martinez (“White Girl”, “Kick Ass”) is next to discuss his craft and some new projects on the horizon including “Lady and the Tramp” which will premiere on Disney Plus when the streaming service goes live on November 12th. Also he appears in the cast of the new action comedy series “Stumptown” which will premiere on ABC this September. Lastly, Adrian has made his own indie film, “iGilbert” which will be in the festival circuit in the coming months and we hope to bring him back to discuss that further on his next visit to the podcast.”