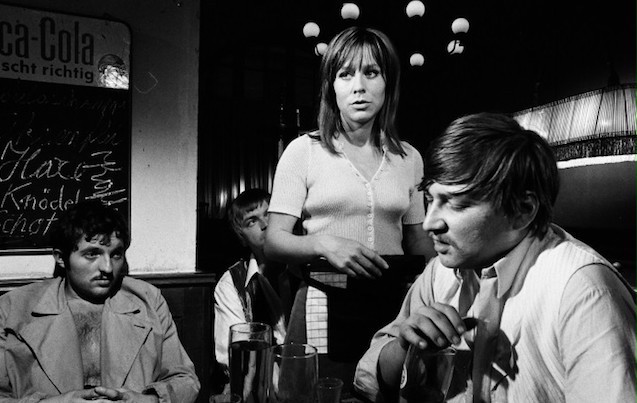 Executive Producer for Independent Lens, Lois Vossen, returns for her second visit. The PBS documentary series began its new season this week. Also, director Margarethe von Trotta discusses her film “Searching for Ingmar Bergman” which premieres at the Quad Cinema on November 2nd, in addition to a retrospective of her work.

Executive Producer for Independent Lens, Lois Vossen, returns for her second visit. The PBS documentary series began its new season this week. Also, director Margarethe von Trotta discusses her film “Searching for Ingmar Bergman” which premieres at the Quad Cinema on November 2nd, in addition to a retrospective of her work.

The filmmaker Margarethe von Trotta (“The Lost Honour of Katharina Blum”, “Hannah Arendt”) is in the first segment. von Trotta has made her first documentary (with the aide of her son, the documentary filmmaker Felix Moeller, called “Searching for Ingmar Bergman”. The film, which has been timed with the 100th birthday this year of the iconic Swedish director, had its premiere at the Cannes Film Festival and then screened at Toronto and the New York Film Festival where I caught up with it. On the occasion of Ingmar Bergman’s centenary comes this lovely, personal film from one of his greatest admirers, Margarethe von Trotta. This is a tribute from an artist with such a deep affinity for the subject that it opens to genuine and sometimes disquieting inquiry. In his writings and in his films, Bergman himself strove for an honest accounting and true self-revelation, but it is fascinating to hear and see the observations of loved ones and collaborators (often one and the same), particularly his son Daniel, whose relationship with his father was multi-layered. A rich and quietly absorbing portrait of an immense artist. An Oscilloscope Laboratories release. The film will have a theatrical engagement at the Quad Cinema in NYC beginning Friday, November 2nd. The theater will also begin a retrospective of von Trotta’s directorial work on the same day called Margarethe von Trotta: The Political is Personal. [Both “The Lost Honour of Katharina Blum” and “Hannah Arendt” are available for streaming on Kanopy.]

Lois Vossen, the Executive Producer of PBS’ documentary series “Independent Lens”, is the first guest. A new season began earlier this week with the broadcast premiere of “Wildland“. We discuss that film as well as other films that will populate this season including “Rodents of Unusual Size” and “The King” both of which were the focus of prior segments on the podcast. Visit the “Independent Lens” website to stream “Wildland” and get details about this season’s schedule.