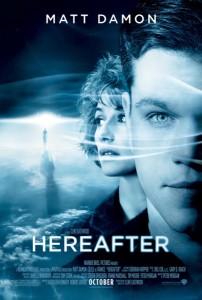 Among American directors, Clint Eastwood now stands perhaps only with Woody Allen in terms of his prolific output and his refusal to slow down. His 31st directorial effort, Hereafter begins with a huge splash and ends on a much drier note. And while the octogenarian director denies that the film’s subject—death and what comes after—is his way of coming to terms with his mortality, it’s a reasonable enough question to ask. 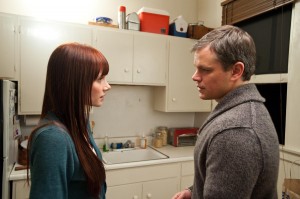 Eastwood has barely ever touched upon the subject of the paranormal before Hereafter, the exception being an episode he directed for Stephen Spielberg’s 1980s anthology television series Amazing Stories. “Vanessa in the Garden” dealt with an artist who, after losing his wife in an accident, becomes so bereft he attempts to bring her back to life through his paintings. Twenty-five years later, the director returns to the subject of those grief-stricken left behind by the dead. And once again, Eastwood is working for Stephen Spielberg, one of Hereafter’s executive producers. (Spielberg turned down the opportunity to direct the picture himself.) There’s no use denying that the film feels more like a Spielberg film than one by Eastwood, from the CGI opening sequence—one of the most impressive in memory—to its Close Encounters like converging of multiple story lines.

George Lonegan (Matt Damon), a somewhat serious fellow, has walked away from a lucrative career as a celebrity psychic (a la John Edward) and has taken a job driving a forklift in a warehouse in San Francisco. George prefers a quiet existence, where he can go to work, come home for dinner alone, and go to bed listening to his beloved Charles Dickens audio books (which leads to a comic moment much later in the film). About midway through the story, George is downsized, and his ethically dubious brother, Billy (Jay Mohr), who misses the glory days of managing George’s career, is once again ready to hang a shingle. George is reluctant, reminding Billy how his psychic abilities are a curse, not a gift. Touching someone and seeing their entire past, both good and bad, was too stressful and made personal relationships all but impossible. We see an example of this early on with Melanie (Bryce Dallas Howard) a beautiful young woman he meets in a cooking class. The two become smitten at first site, and their budding relationship is one of the film’s weaker parts. Howard’s wide-eyed performance feels overly eager; their scenes together contrived. If George was so damaged by his psychic abilities as well as his exploiting them, it makes no sense that he would so quickly give in and conduct a reading with Melanie. A reading involves his merely touching the hands of his client, making what he refers to as a connection. Instantly, he sees both into one’s past as well acts as a conduit to those dead with whom there are unresolved matters. The dissolution of that romance propels George forward to the next chapter in his life, one that takes him far from home. 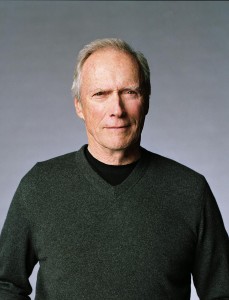 The story’s second strain deals with a Parisian TV personality, Marie LeLay (Cécile De France), whose near fatal accident sends her life into a tailspin. She takes time away from her political talk show job to write a book about her near-death experience. Her publishers are just a few of those that think Marie has gone off the deep end, and it’s true that the motive to write about her experience and put her lucrative career at such risk is puzzling. In a scene that feels plucked from a Spielberg movie, she visits Dr. Rousseau, a controversial academic who resides in a remote spot in the Swiss Alps and was herself pushed to the fringes many years earlier by her own focus on the afterlife. As played by Marthe Keller, still beautiful at 65, she serves as the figure who both warns and encourages Marie to write on the controversial subject, the very topic that once cost her her reputation.

The last story line concerns a young British lad named Marcus (played by twin brothers Frankie and George McLaren) who has also suffered a great loss. (He’s temporarily living with kindly foster parents.) Marcus is highly intelligent and very driven to find answers to his own loss. His quest (or better, his destiny) ultimately brings him to the London Book Fair, of all places, the location that links all the film’s major characters in a series of scenes that feel almost like a nod to Hitchcock and which wind the film down. In a Hollywood ending, lovers lock eyes and the future is, well, written in the stars.

Hereafter delivers a well-paced and satisfying two hours. With a script by Peter Morgan (Frost/Nixon, The Queen) the movie is, in my opinion, better than either Million Dollar Baby or Mystic River, two films that were both overrated by many filmgoers, though I’ve yet to meet any of them. Hereafter will probably not win any Oscars or other accolades, but it has gravity in the same way as an early Spielberg or M. Night Shyamalan movie, so long as you don’t take it too seriously. If you feel that we live in uncertain times, and many seem to, this is a movie that will have strong appeal.