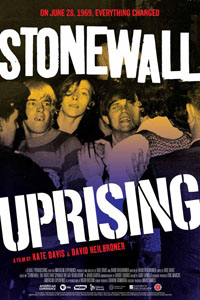 In 1969, homosexual acts were illegal in every state except Illinois. The climate in New York City at the time was not that different from the rest of the country, that of fear and loathing. The mainstream media reported on the subject of homosexuality with an almost zealous sense of ignorance (“Homo Nest Raided, Queen Bees are Stinging Mad”), spreading misinformation that would feed into decades of hostility and, at best, indifference. AIDS was really inevitable if you consider how, even well in the 80’s, gay men still had to hide the truth and act out their more fully realized identity in an “alternative life style.” There’s no doubt that a real turning point took place in the summer of 1969 over the course of three days in June. Regular denizens of the West Village gay bar, Stonewall, finally decided to say “Hell No!” to yet again being rounded up and thrown into paddy wagons, paraded in front of onlookers like freaks of nature. Those gay men and women realized that perhaps there was indeed safety in numbers and created their own stone wall and stood up against the police, most of whom were ill-equipped for a riot in this less grid-like part of Manhattan. These queens knew how to bob and weave and were able to outsmart the rank and file. 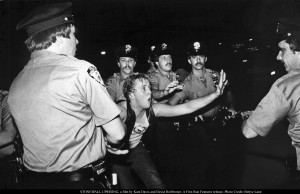 Little if any archival footage exists from the riot, so the film makers of the new documentary, “Stonewall Uprising”, married co-directors Kate Davis and David Heilbroner, had to find alternate footage of riots from around that time. Since it was New York City and it was the late 60’s, it turned out not to be that tough. The biggest problem to be said about the documentary is that many of its talking heads don’t even broach the subject of the bar, choosing instead to reflect on what it was like to grow up gay in the U.S. during the 1950’s and 60’s. What the film lacks in coherence, however, it more than makes up for in the colorful anecdotes and memories of those few interviewed who were there in the heat of the storm. Their voices lend the film a much needed emotional urgency and heft. One unlikely participant is the 90-year old retired morals police commander, Seymour Pine, who led the raids. Pine, who would consequently apologize for his involvement, and refers to the riot like being in a war. What is clear is the fear in his officer’s eyes and that his leadership could easily lead to an epic disaster which would soon transpire at Kent State. Less clear are those reflections of two ex-reporters from The Village Voice, Howard Smith and Lucian Truscott IV, who spent the first night of the riot barricaded in the bar along with most of the cops. The Village Voice was just a few store fronts down the block and the riot was happening under their windows. Most moving of all are those reflections from men like Martin Boyce and Danny Garvin who talked about finally realizing they had power to stand up and make a change. Boyce recalls feeling he was having his first gladiatorial moment. “I was a man,” he recalls with pride. 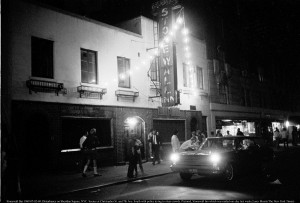 The Stonewall riot, or uprising if you prefer, is credited to having paved the way to the Gay Pride Parade which seems fair to assume since the first parade took place on the one-year anniversary. One first-year marcher described the fear of having to march north of 14th Street. “There were maybe ten of us at the start,” he recollected. By the time they hit mid-town they numbered in the thousands. As he looked behind him, both back then and now again, with tears in his eyes, “It was our Rosa Parks moment.”